Parents: Help Keep Covid Out. Remember to use the LFT each week https://t.co/IaBHFWqIVL

Please be aware of new ways to get your jab. #N17 https://t.co/L4EOqJnYop

Tonight is our Year 9 Virtual Options Evening - 6pm on Zoom. To find out more please click on the link below 👇🏻 https://t.co/78L2PP4zZr

Our primary pupils are gearing up for #OutdoorClassroomDay we are excited to team up with our amazing @HarrisFed science & EYFS consultants for a day of park visits, forest school, bug hunting & mud mid pie making! #outdoorlearning https://t.co/ieIaosJ1S4

Year 9 Options Video 2021 https://t.co/Gwr2aNd6kt via @YouTube Year 9 pupils and parents/carers be sure to join us this Thursday at 6pm for our Virtual Options Evening. Details have been emailed out.

Niino enrolled at Harris Academy Tottenham in 2020 as a Kinetic Scholar in our football academy, a unique football and education programme which supports aspiring footballers both on and off the pitch. 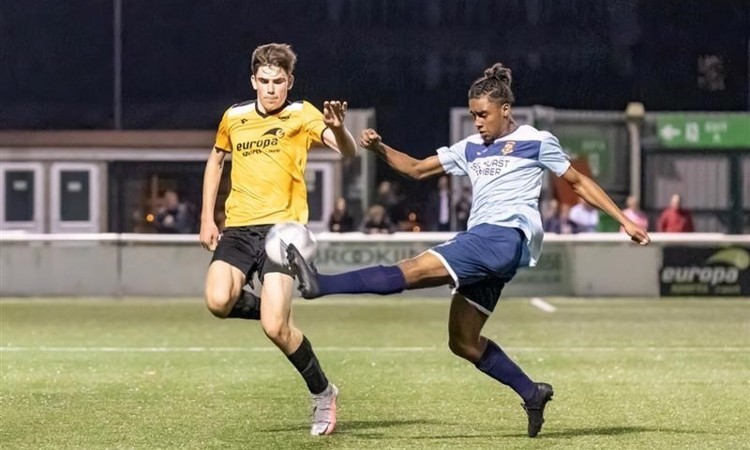 Kinetic offers specialist training, coaching and mentoring opportunities which run alongside students’ academic or vocational study. Harris Academy Tottenham is one of four Harris academies to offer the programme.

This signing is a significant achievement for Niino who, prior to joining the programme, had never had a professional trial before. He is now the first player from the Harris Academy Tottenham and Kinetic partnership, which began in September 2020, to sign a professional contract and will start his training with Millwall this month.

Niino now joins the 45 others players which the Kinetic Foundation has supported into professional football over the past eight seasons. This includes former Harris Academy South Norwood student Kwadwo Baah who is attracting interest from clubs across Europe. Kinetic Foundation boasts three full internationals who have graduated through their programme; Joe Aribo, Josh Maja and Rhys Norrington-Davies.

"The coaching has been fantastic"

Commenting on his time at Harris Academy Tottenham as a Kinetic scholar, Niino said: “The school is a really welcoming and supportive environment and they have really helped me a lot, both on and off the pitch. They really supported me when it came to exams and are always on hand if I need anything.

“The coaching has been fantastic. Kinetic has helped me technically and have given me really good advice. They have been great at telling me where I need to improve – that has really helped me improve as a player. My dream has always been to play at a big club in front of a filled stadium and I am so happy that I’m one step closer to doing this.”

"Commitment to football and academic studies"

Emily Barker, Assistant Principal at Harris Academy Tottenham, said: “We are really delighted for Niino – he has worked incredibly hard and his commitment to both his football training and his academic studies has been clear to see. We are proud of him for taking this next step at Millwall FC and wish him every success for his future career. We will be cheering him on every step of the way!”