For us all to consider https://t.co/JVKNkLT6dX

Proud to celebrate the 30th anniversary of @HCACP - the beginning all our academies. Harris Tottenham would not exist had this not happened https://t.co/l86GS2CqwH

The nerves are jangling, the hope and anticipation is there… Prospective Year 7 Open Evening https://t.co/l306YJZPQH

Do you remember when you joined Twitter? I do! #MyTwitterAnniversary https://t.co/e9qdokd1o6

Watch “Harris Academy Tottenham” by @Cleverbox on #Vimeo https://t.co/TaAmvp1yEb The best opportunity for your child

Wonderful to see so many families this morning viewing our school for entry into Year 7 in 2022. Come and see our wonderful pupils in action https://t.co/8CMn250tlG

The role of governor

Within England, there are over 300,000 School/Academy Governors, who form the largest volunteer force in the country. The roles of individual Governors, and subsequently members of a Governing Body, work collectively to perform a strategic role and carry out key functions such as:

Finally the role of role of the Academy Governor is to be a source of challenge and support to the Executive Principal, i.e. a 'critical friend.'

The Academy is a member of the Harris Federation. Ultimate responsibility for the Academy rests with the Board of Trustees of the Federation, (Federation governance details and scheme of delegation can be found here), but much of the work of the Board is delegated to the Local Governing Body (the Governors of the Academy). Some Governors are appointed by the Federation whilst others are elected by parents or guardians of students at the Academy or by staff. The details of the Governors at Harris Academy Tottenham are shown below.

The Clerk to the Governing Body is Mr Robert Hawker who can be contacted by email: Robert.Hawker@harrisgovernors.org.uk. 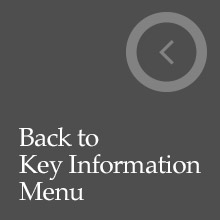